Toshiba Client Solutions Company, the PC business run by Toshiba Corporation, announced recently that Sharp will be purchasing 80.1% of its shares. The shares are being purchased by Sharp for 4 billion yen (roughly $36 million USD).

Toshiba, based out of Tokyo, Japan, has a long history in the world of computers and office automation. They manufactured and sold the world’s first laptop in 1985. At its peak, the company sold 17.7 million computers in a year, but this number began to slip in recent years, having only sold 1.4 million computers in 2017.

Sharp is Making a Return to the Computer Industry

Sharp, based out of Osaka, Japan, operates under the parent company Foxconn, which is the world’s largest contract manufacturer. It is making a comeback into the PC world, having left the business in 2010. In recent years, Sharp has been making a company recovery by purchasing $1.8 billion in preferred stocks from banks. The shares were initially distributed to the banks in the form of a bailout in order to reduce high-interest charges as the company struggled financially before it was purchased by Foxconn.

This recent announcement showcases Sharp’s goal to re-enter the computer industry it left roughly 8 years ago under the watchful eye of Foxconn. Sharp will use Foxconn’s resources to be able to mass produce computer products for cheaper and attempt to secure a spot back in the market.

Is the PC Industry Still Booming?

In recent years, many companies in this market have shifted their focus to smartphone and tablet technology, but this new decision indicates a potential resurgence in the PC manufacturing industry. Sharp had originally left the industry to focus on those products.

Sharp is purchasing Toshiba Client Solutions Company officially in October 2018 and will continue to distribute licenses for the Toshiba brand after the deal is finalized. 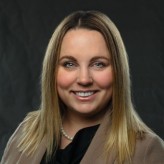 Why Leasing Solutions Make Sense
Why Your Printer Paper Matters

Leave a reply Click here to cancel the reply

BE AN EDUCATED CONSUMER